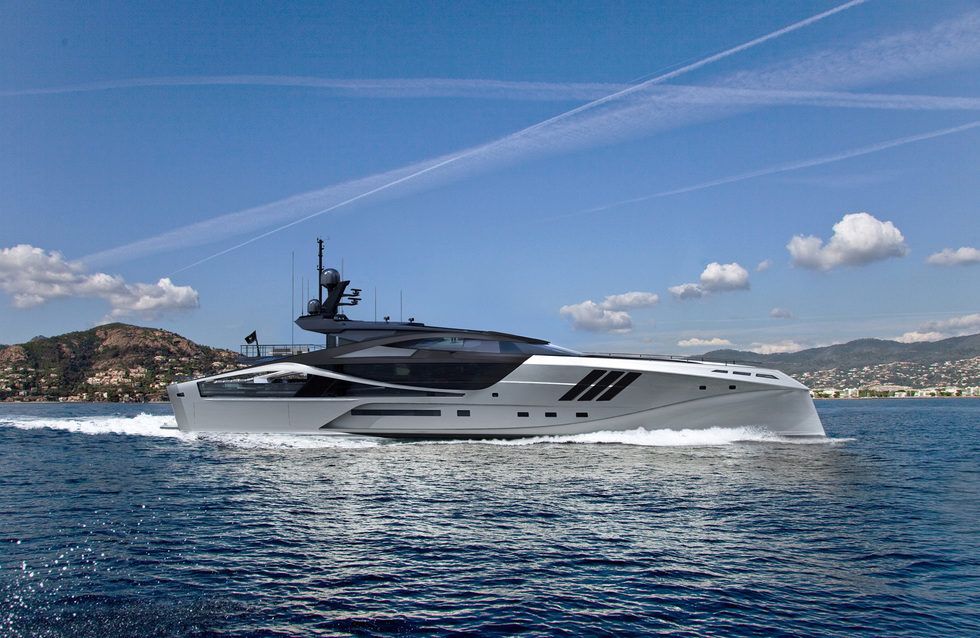 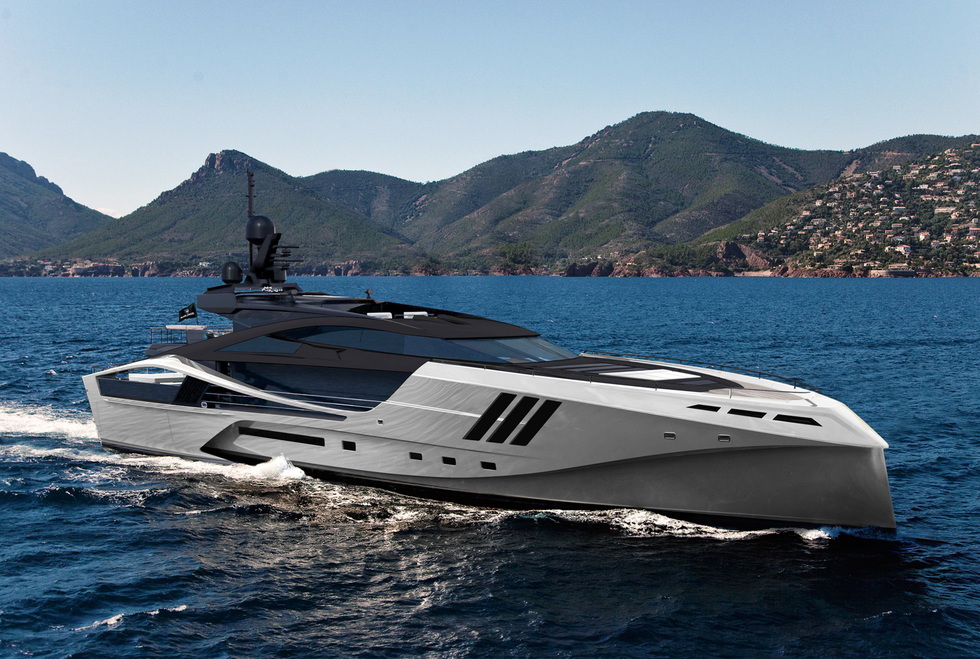 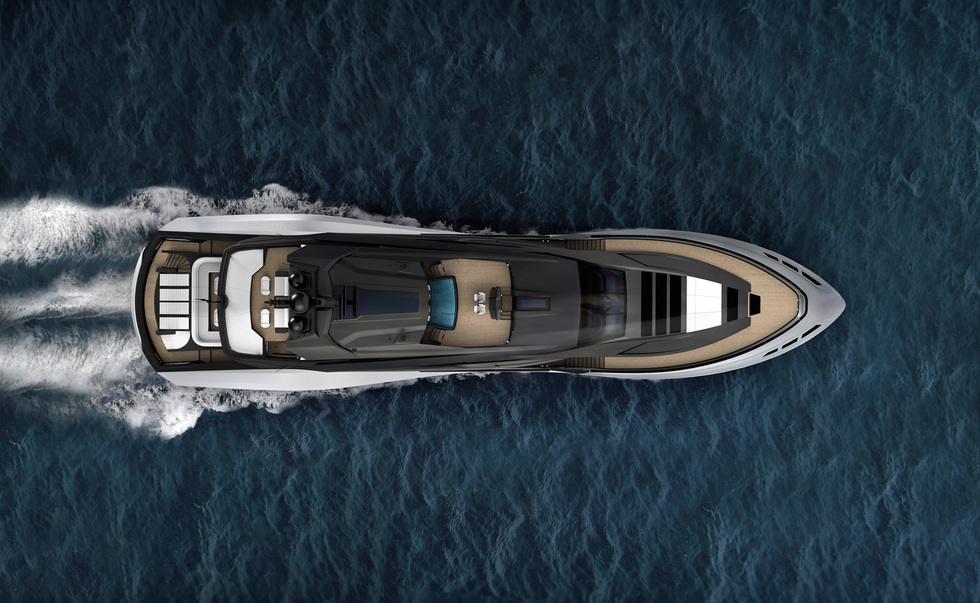 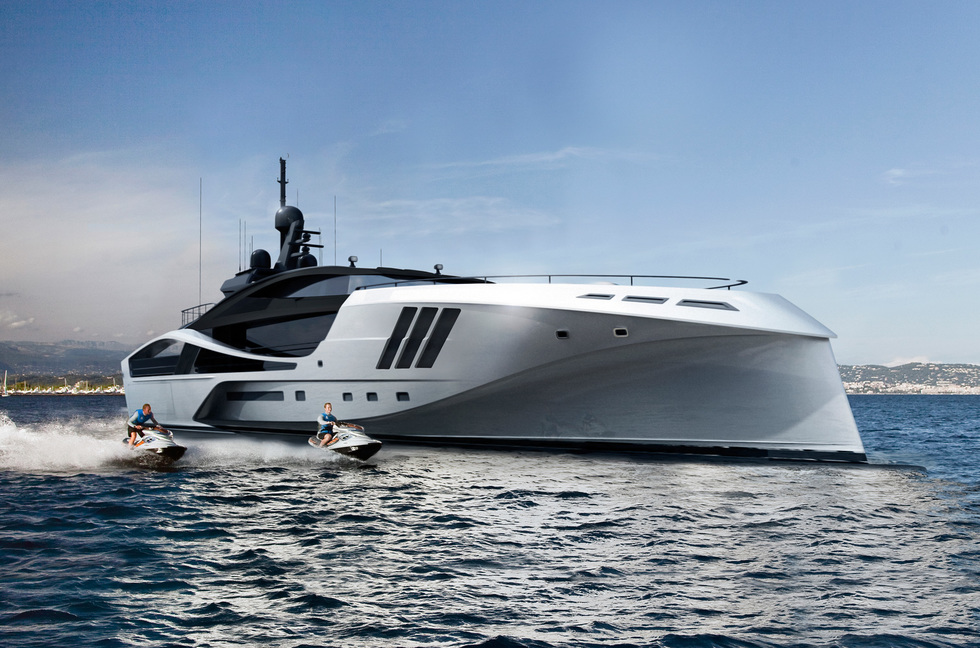 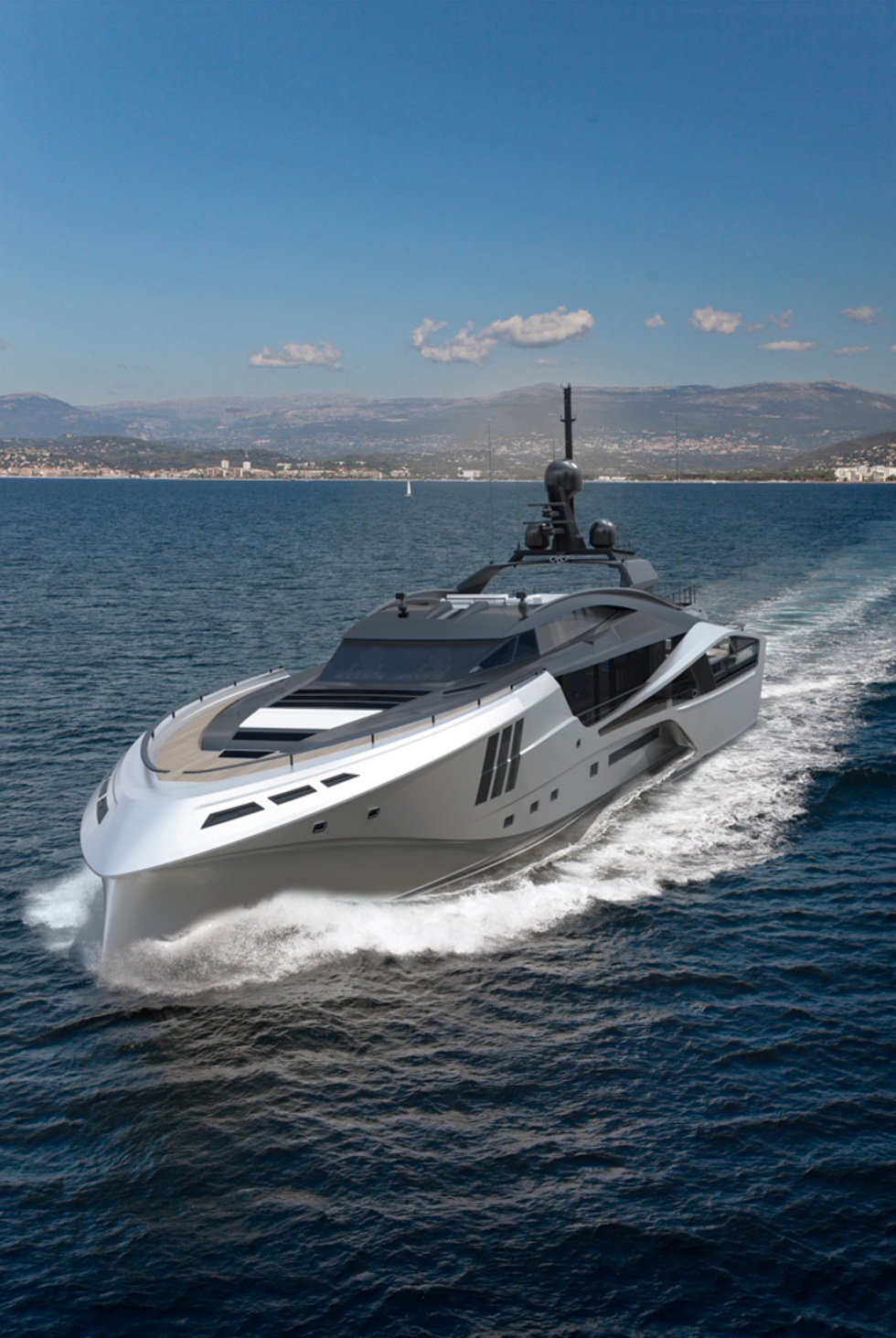 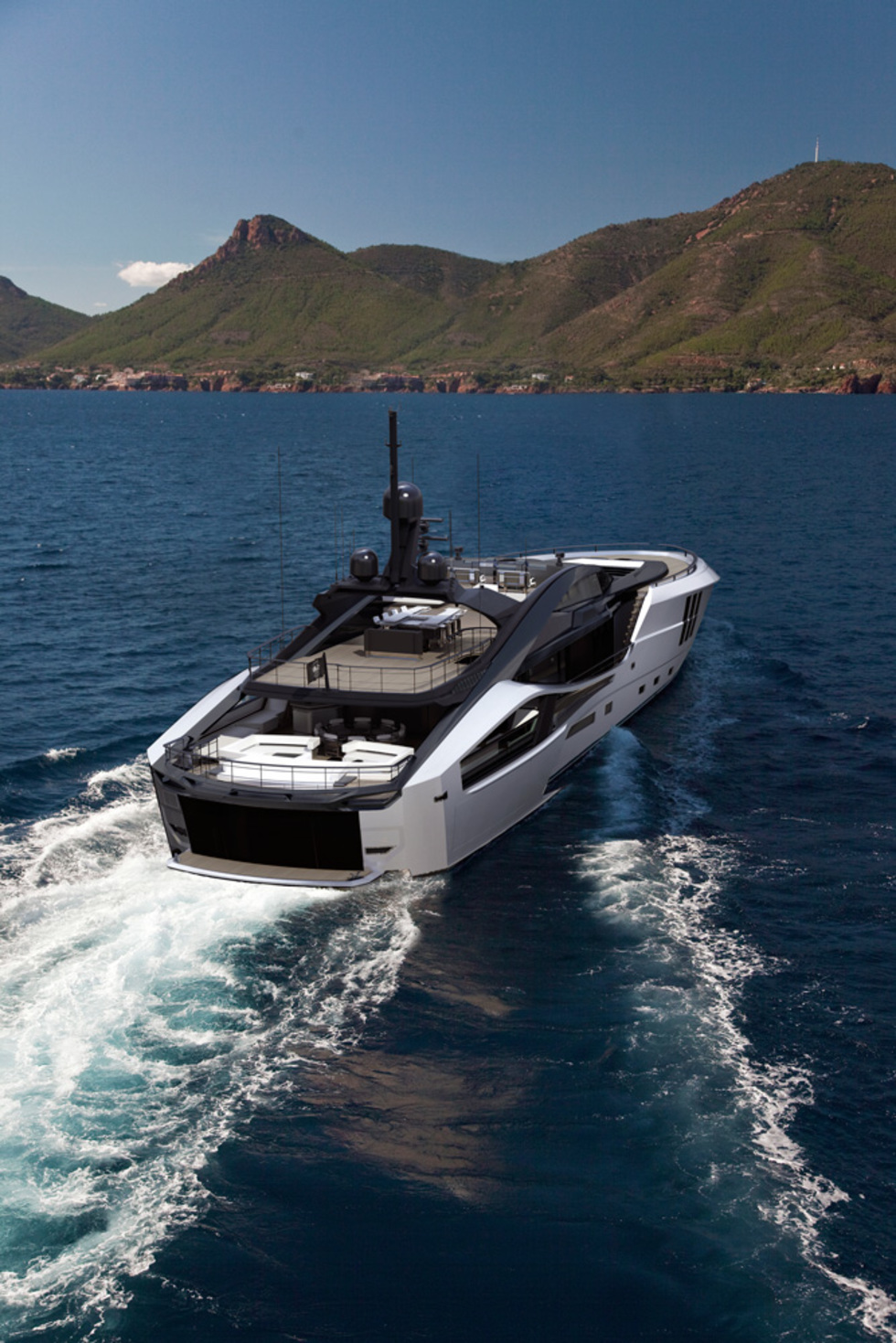 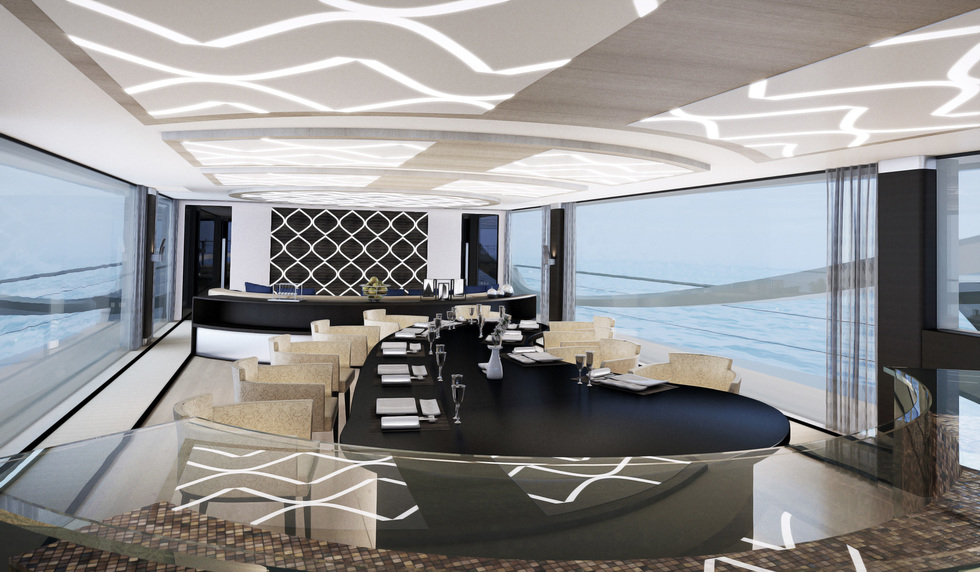 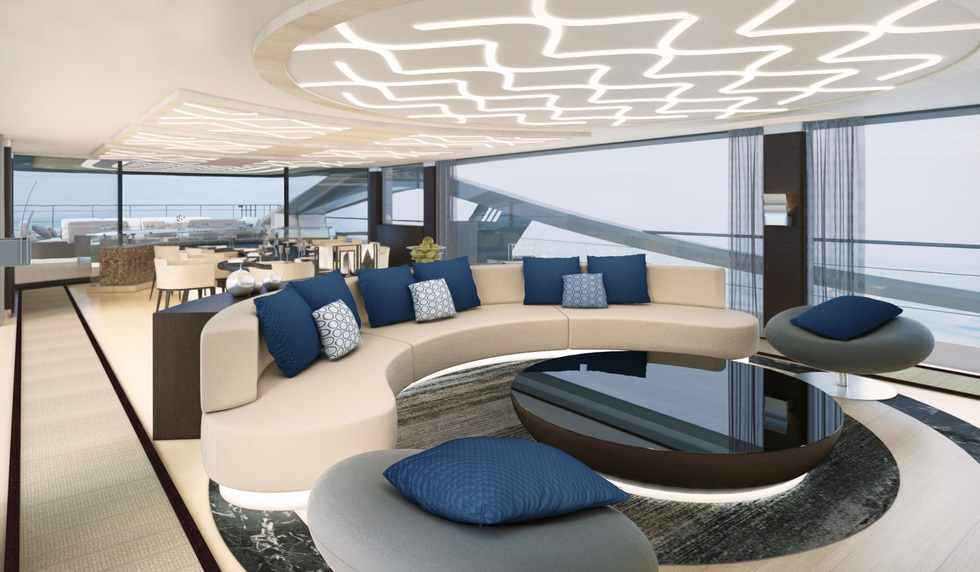 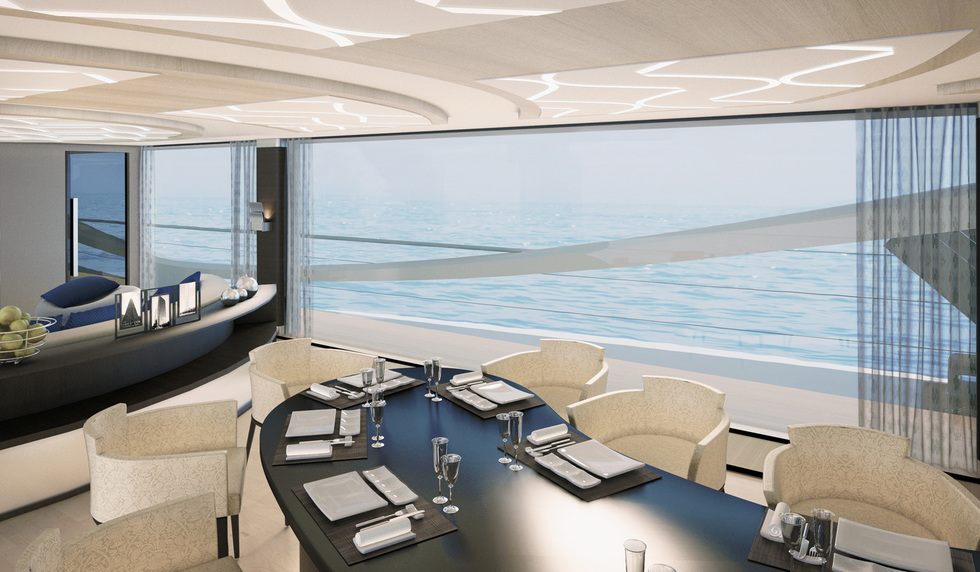 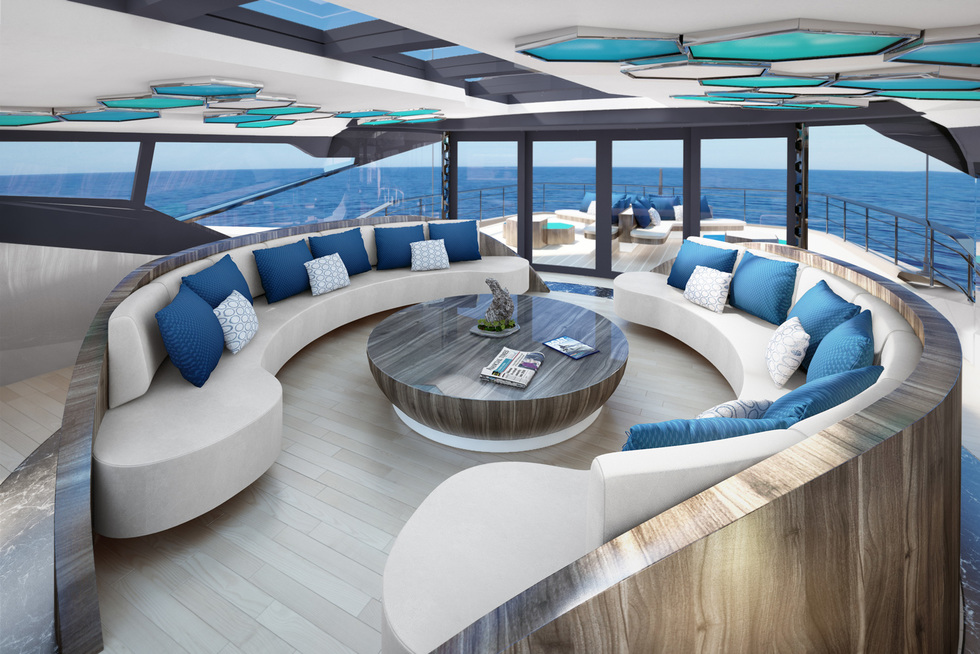 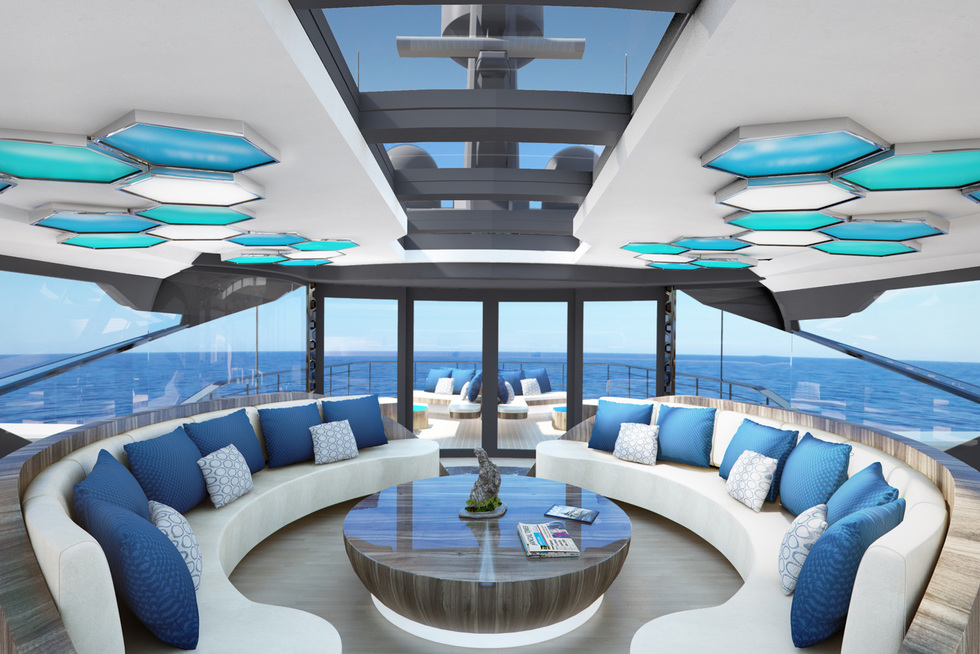 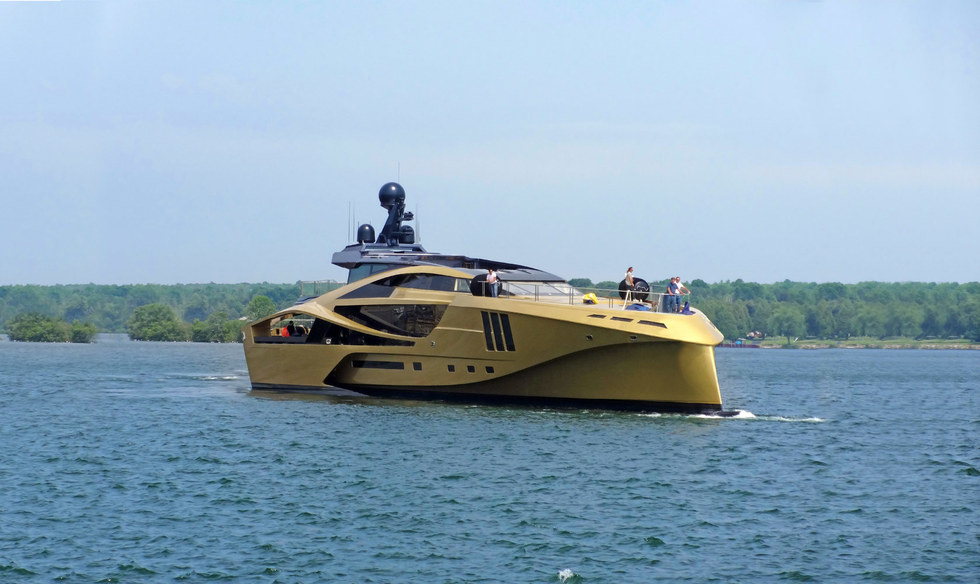 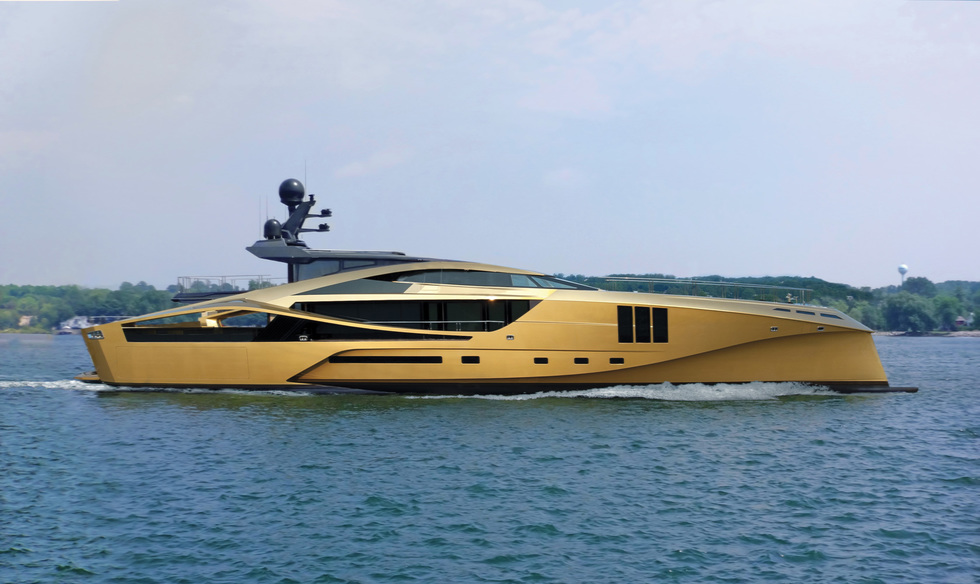 The PJ 48 will be efficient, spacious and stable. With two 2000 series MTU engines, the top speed is expected to be 32 knots. Fuel consumption at top speed is about 259 gallons (980 liters) per hour, and just 43 gallons (160 liters) per hour at 15.5 knots. This kind of efficiency means the yacht will have the ability to cross the Atlantic at just below 16 knots.

For these results to be possible, there can be no or few underwater appendages, such as fins. While fin stabilizers provide stability to conventional monohulls, they increase drag. Instead, the PJ 48 SuperSport’s stability stems from a sponson design aft that helps dampen roll, while the hull’s superfine entry pierces the waves. The PJ 48 promises the kind of stability hardly possible with even a well-stabilized monohull.

Above water, the yacht is much wider than a typical 158-foot yacht yacht. At its widest point, the beam is 36 feet (11 meters), which is the kind of beam usually seen on much larger monohulls (190 feet or more).  This is a really clever design. The bottom view reveals that the surface that comes in contact with the water is slender, meaning the luxurious space above does not come at the expense of speed or efficiency. It is put to good use, however, to maximize the living areas. From a huge outdoor lounging area aft (about 1,184 square feet), guests will walk into a bright salon with floor-to-ceiling windows. To maximize the views, the designers did away with as many of the supports as they could. The vast windshield is a technological feat in itself with no central mullions to spoil the view. The skylounge also enjoys a full panorama.