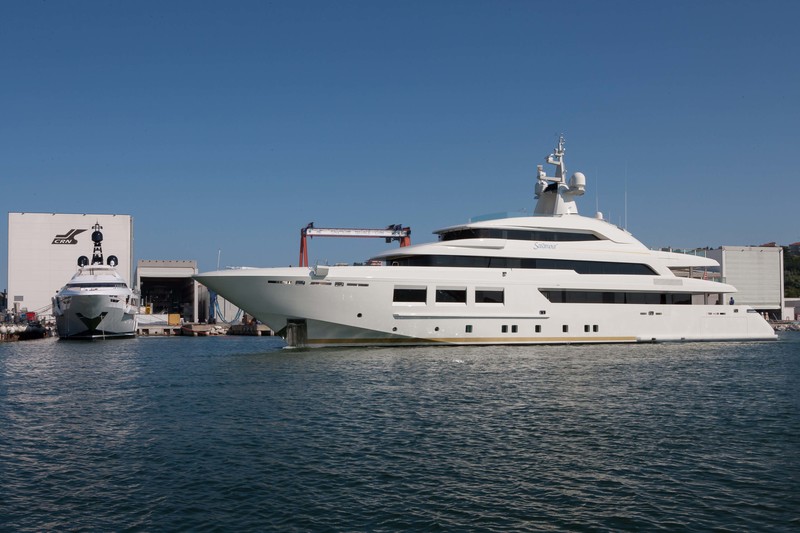 CRN yachts can be recognized by their characteristic shape and unmatched style. CRN mega yachts have always been synonymous to uniqueness and prestige. Professional approach, advanced technology, precision and elegant design have turned ​​CRN into an international brand. Sanzio Nicolini founded the shipyard «Costruzioni e Riparazioni Navali» on the basis of post-war aircraft hangar in Ancona, Italy, in 1963 and began to build the first small boats, but then quite fast moved to the assembly of large luxury yachts. The company immediately began to use steel hull and aluminum superstructure. Over time, the distinctive bow of CRN yachts turned into a special feature of the brand.

During its 50 years of history the company CRN, since 1999 representing Ferretti Group’s Superyacht sector, has launched the more than 116 models, after which it can legitimately be considered one of the industry leaders. Today the shipyard is preparing bespoke projects in steel and aluminum (30 to 70 meters) under the brand CRN, and semi-custom composite yachts (up from 29 to 43 meters) under the name of «Custom Line», whose history began with the 43 -meter «Magnifica " in 2001.

In January 2013, a shipyard in Ancona celebrated the launch of the new flagship CRN «Chopi-Chopi» - 80-meter mega yacht in steel and aluminum, the construction of which took more than 660 thousand working hours. The biggest mega yacht in the history of the company is estimated to cost around 80 million euros.