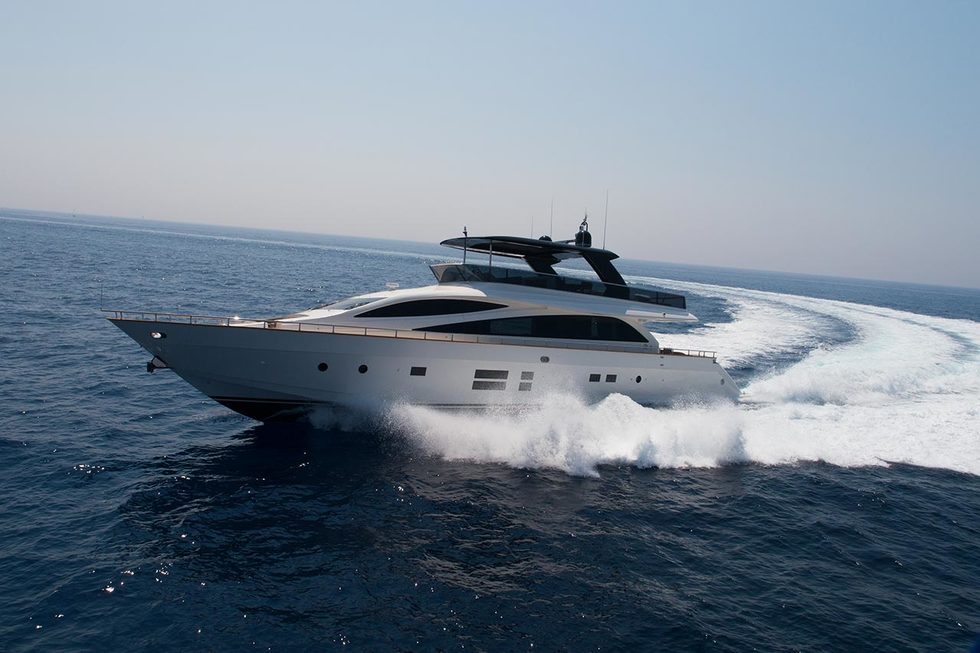 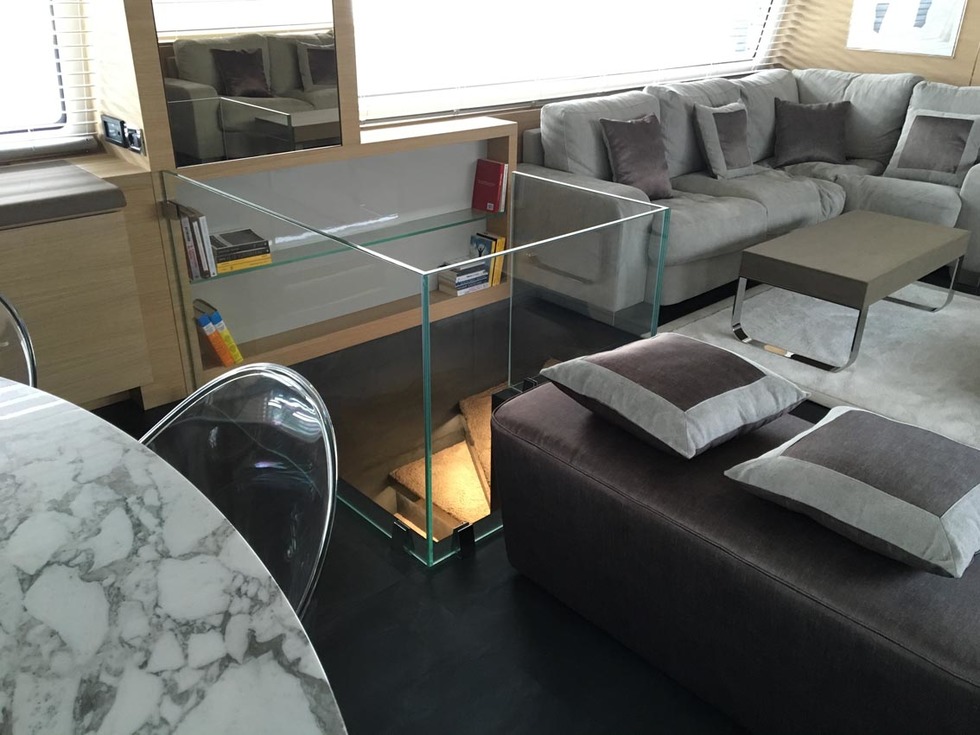 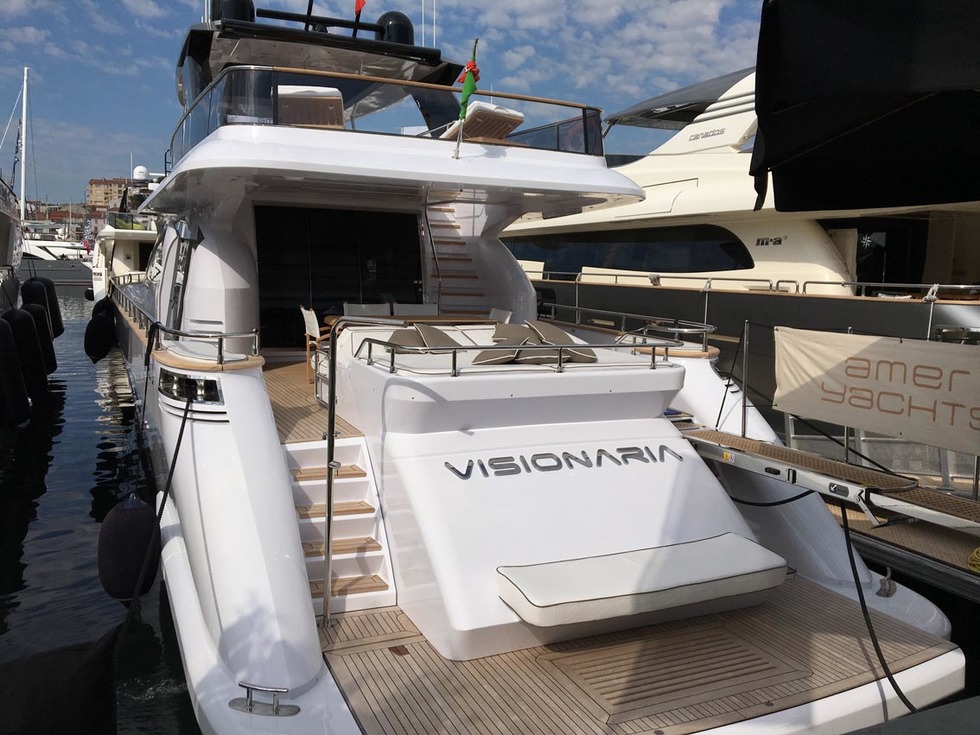 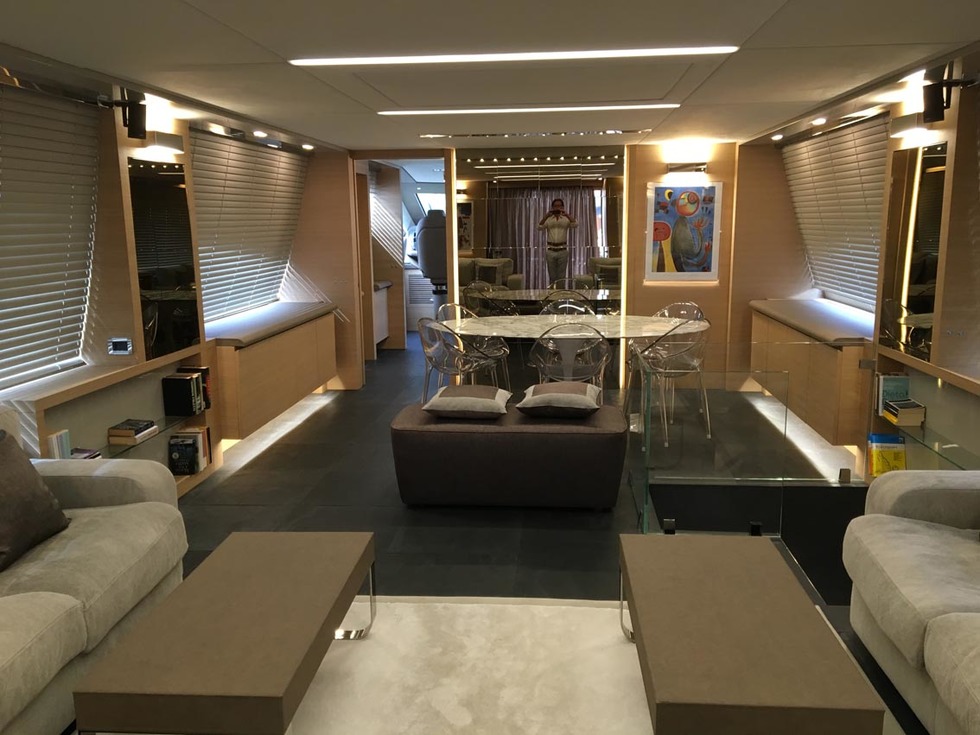 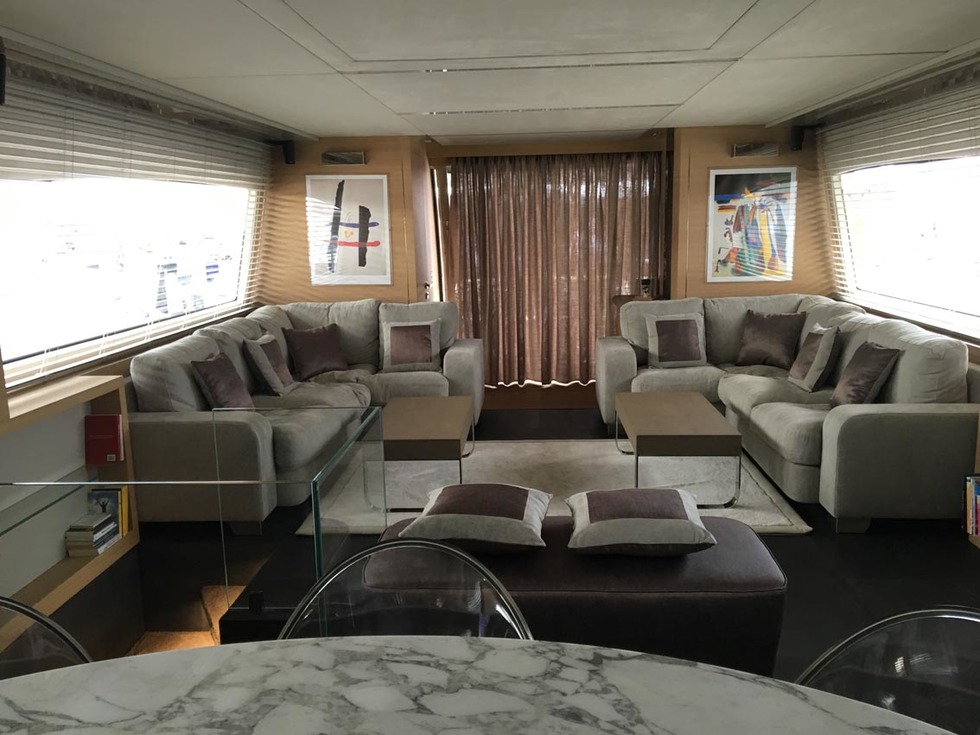 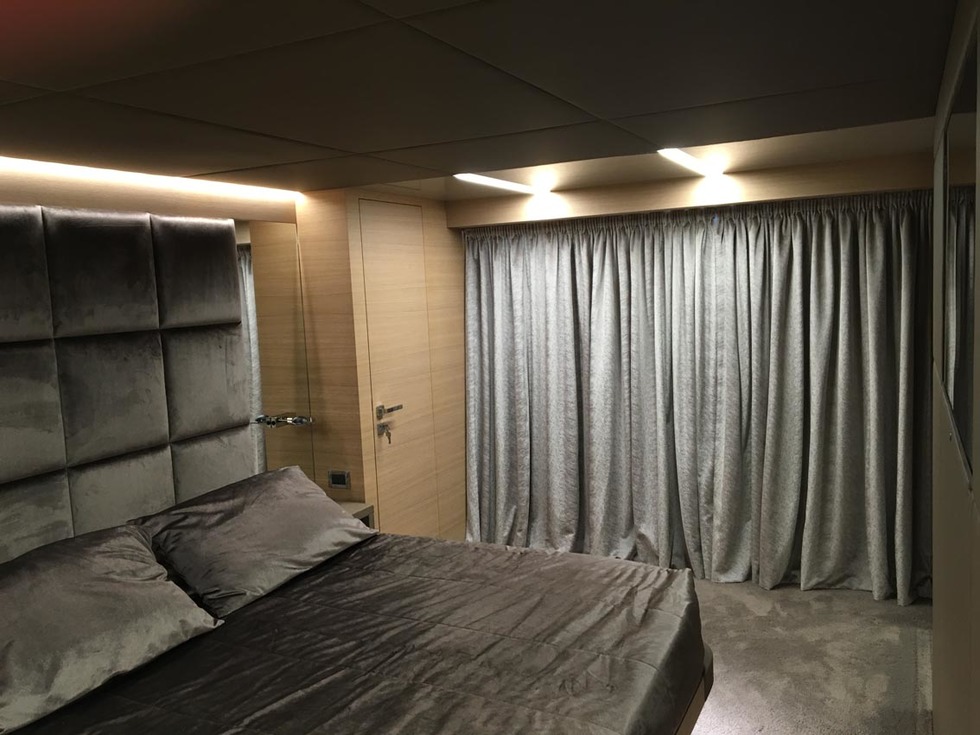 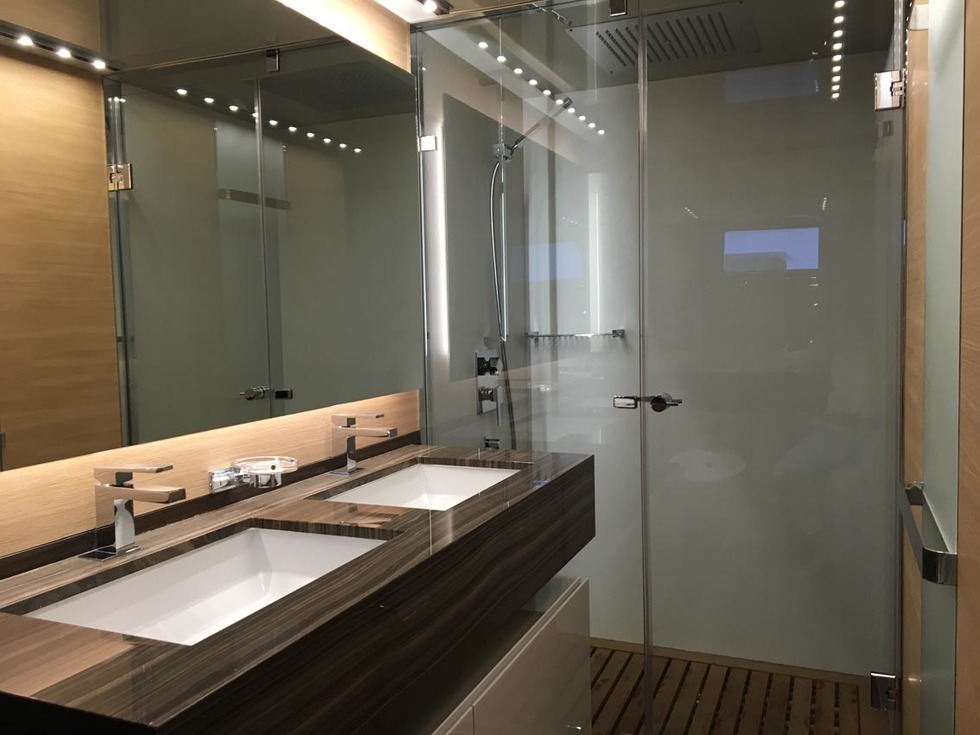 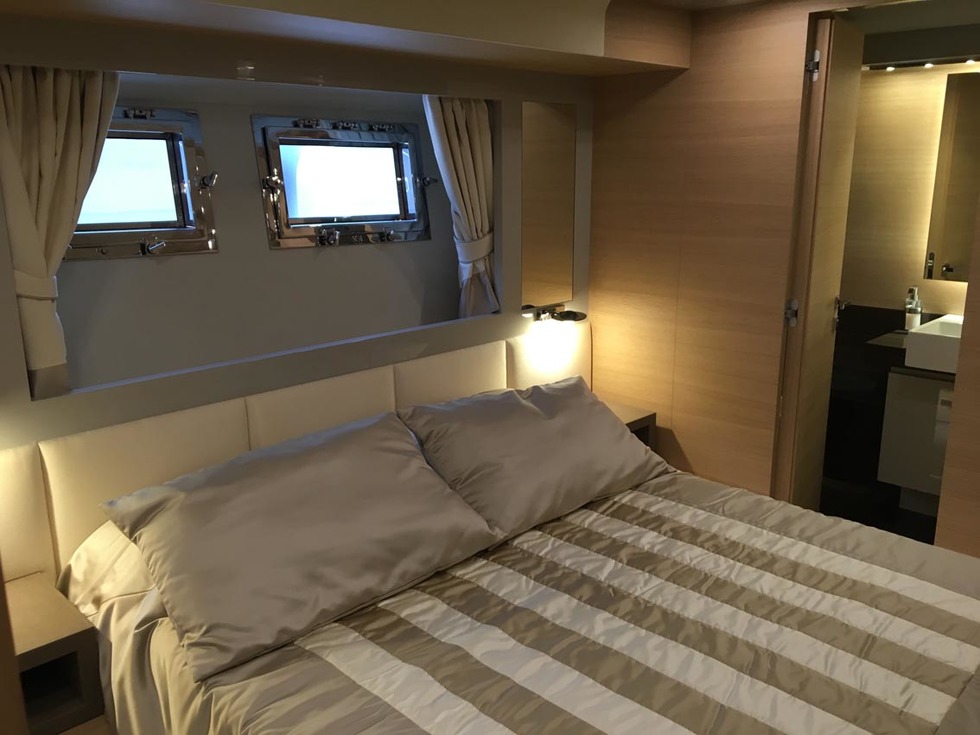 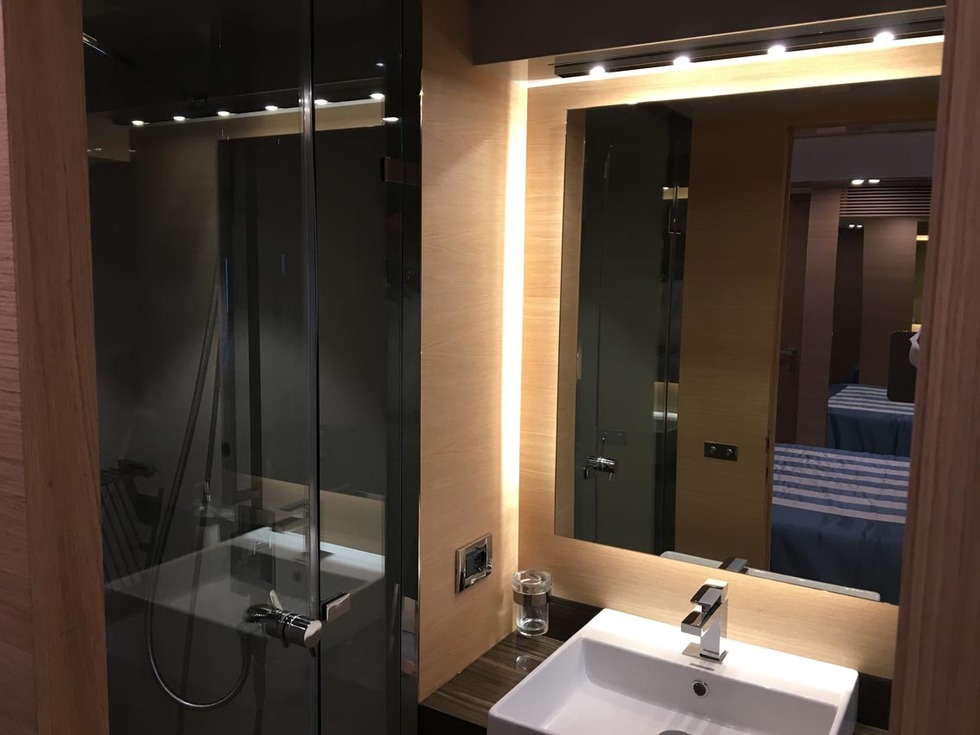 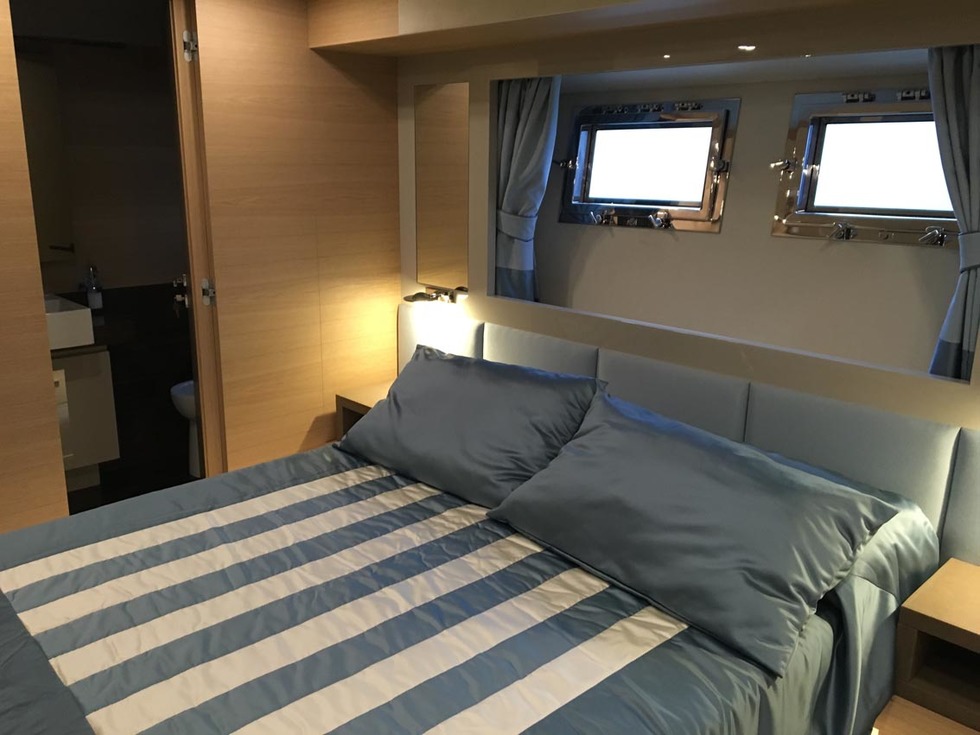 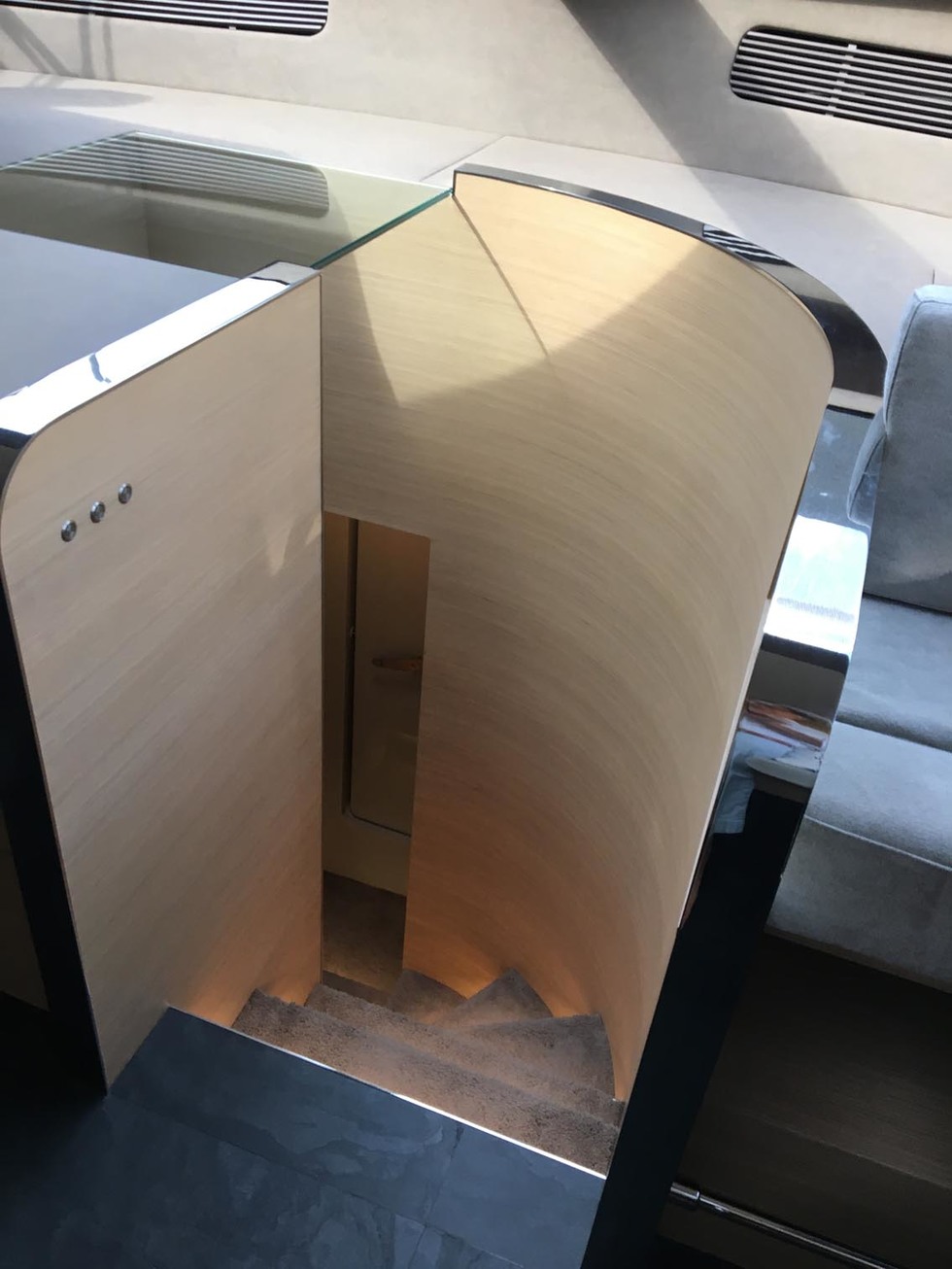 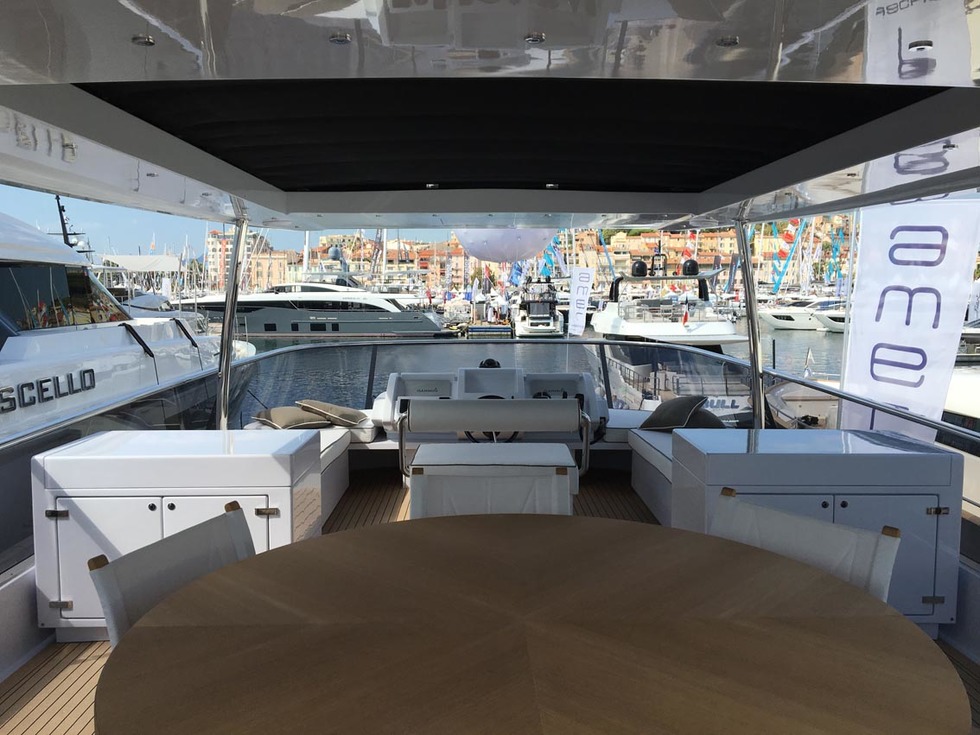 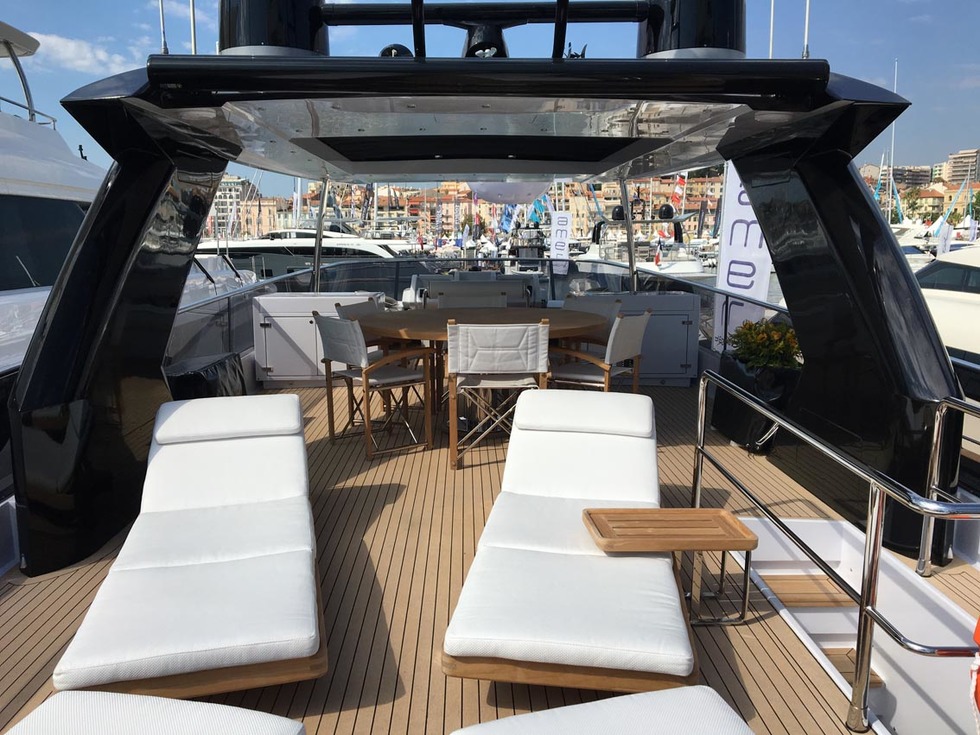 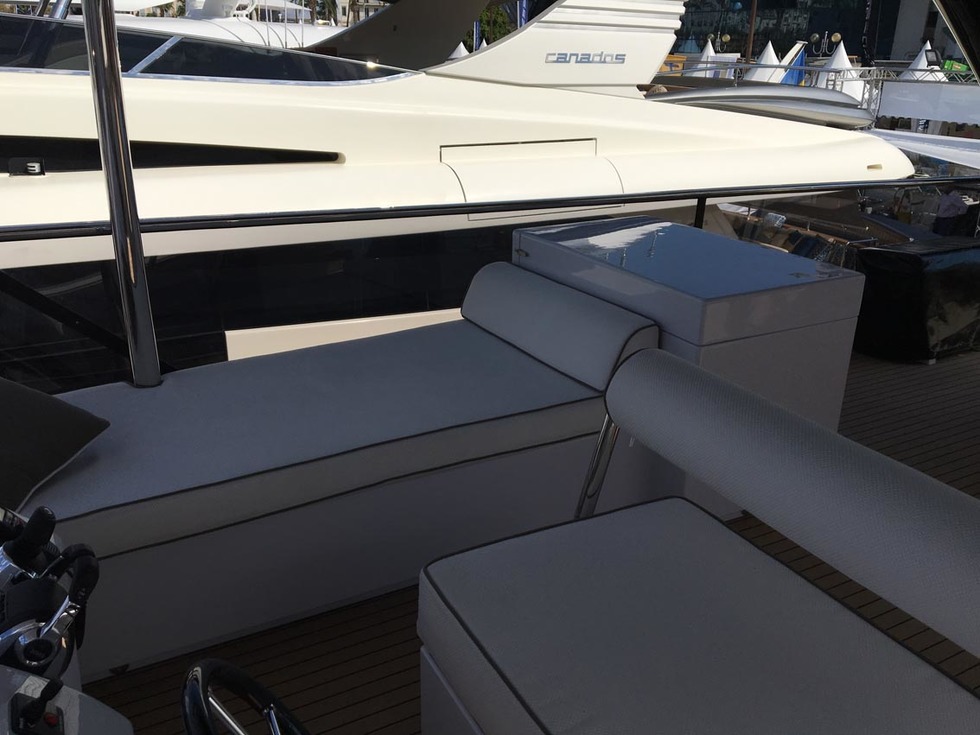 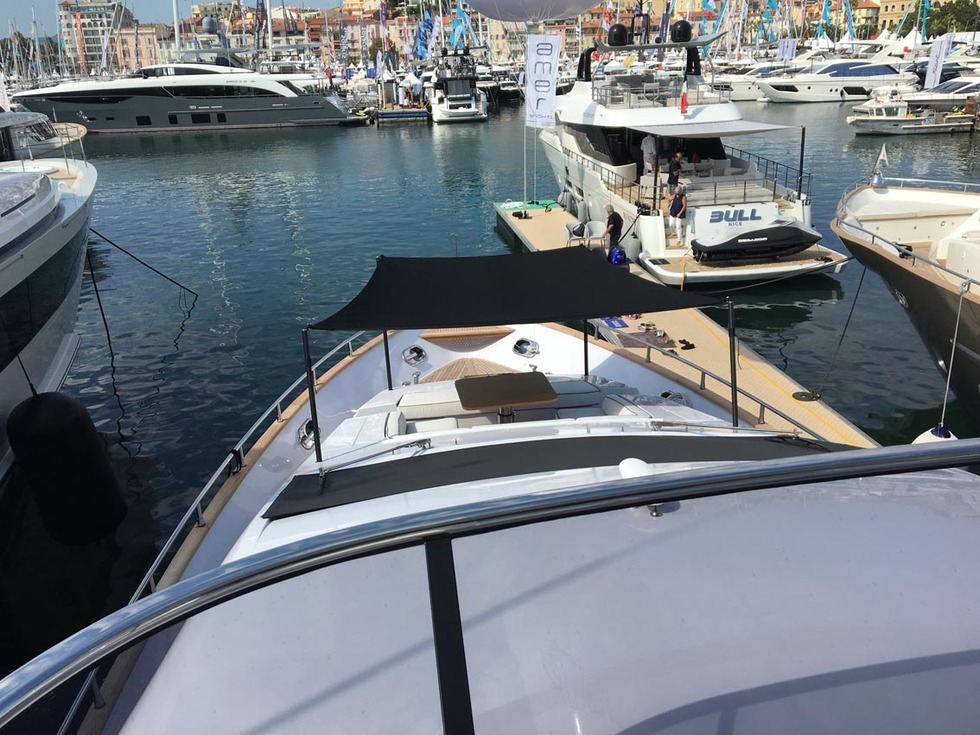 VISIONARIA top speed is 30 knots and she boasts a maximum cruising range of 750nm at 19 knots with power coming from three Volvo Penta IPS-1200 diesel engines. The Amer 94 is about 30 percent more fuel efficient than traditional engine packages. Permare was also able to reduce noise and vibration by 50 percent, so the Amer 94 is as quiet inside as it seems from the outside.

Beyond its performance attributes, the Amer 94 is a beauty, with a sleek profile and black hardtop. The flybridge, extending over the stern, is large and well proportioned, with an opening hardtop, lounges, sunbeds, and a grill and bar. The bow also has a lounge etched into the forward superstructure, providing privacy and security.

The lower deck opens to the central and stern sections with three double bed staterooms: two VIPs of equal size and one full beam Master stateroom. The fourth stateroom is housed towards the central and bow sectors of the lower deck and offers two twin large beds (140cm in width) and a separate shower which doubles into a small sauna. This unique layout works exceptionally well for owners who like to treat family and guests as equals.

VISIONARIA can accommodate up to 8 guests and 3 crew members in separate quarters.