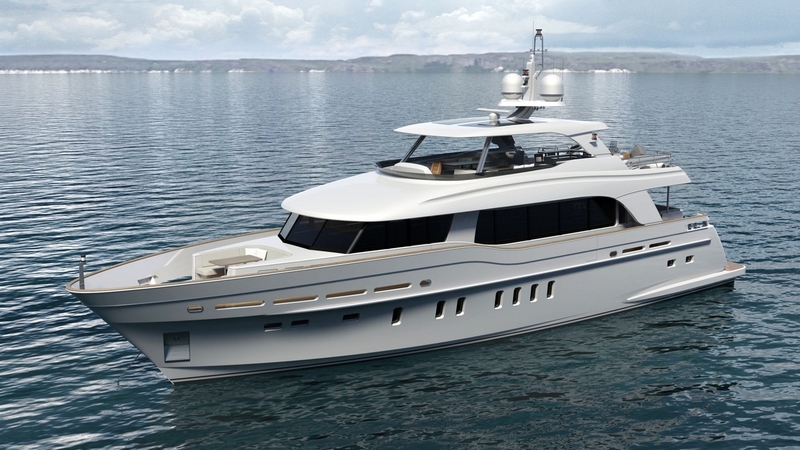 Established by Dirk Mulder in 1938, Mulder Shipyard turned into a well-known company with an interesting history of shipbuilding. Traditional family business has won an excellent reputation thanks to the classical models of cruisers «Super Favorite Cruisers», line «Favorite Superieur», a wide range of semi-custom motor yachts and individual projects «Mulder Custom Build».

Dirk Mulder Sr. founded his business in 1938 in the place where now the shipyard is located, when he was only 27. While managing hardware shop, a carpentry workshop, production of wooden canoes and rowing boats, Dirk studied yacht building in the evenings. Mulder Shipyard originally produced mostly open wooden sailboats, such as racing «Pampus». After some time Mulder has created a brand new sailing yacht of his own design, a 9- meter «Dimu», made ​​of solid mahogany with oak accents. In our time, a few more copies of this boat have survived that can be called "classics of bygone years."

In the late 1940s, the shipyard built the first steel sailing yacht, which marked some changes towards the production of steel vessels. First motor yacht Mulder in 1953 was a 7.5 - meter Model with steel welded sheets on the hull. Famous predecessor of «Super Favorite Cruiser» was playfully named «Baby Favorite». Shipyard fully focused its production on motor yachts, and the brand «Super Favorite Cruiser» became known throughout the Netherlands .

Luxurious, elegant Mulder yachts become recognizable at one point thanks to the distinctive design of the rounded stern, massive mahogany superstructure, extraordinary windows and an emblem «DM». New yachts 8.30, 9.20 and 10.20 meters were launched almost every month.

Today «Super Favorite Cruisers» are recognized as classics, and their value increased many times from the initial value.

In 1984, the management of the shipyard was passed over to his son, 22 -year-old Robert Dirk Mulder who returned the production of yachts with classic stern design, while paying special attention to the development of models and methods of construction. Wooden superstructure was replaced steel and aluminum with a symbolic mahogany interior. The line «Favorite Superior» shipyard was presented by yachts of 13.50, 15.50 and 17.50 meters, while for the ultramodern project «Futura» company signed a contract with designers «A1 Group Design».

The shipyard was expanding and developing, new docks were opened, new models appeared, among them a flybridge yacht «Mulder 70 Flybridge» , 20.60 meters with strong steel hull and aluminum superstructure and «Mulder 74 Flybridge», already built for the experienced client of shipyard.

In the 2000s, there were 3 lines of motor yachts - «Mulder Convertible», «Mulder Wheelhouse» and «Mulder Flybridge». The company opened a division in interior design and carpentry work.

Mulder Shipyard is a leader in the engineering, construction and design of luxury motor yachts that gained great popularity not only among Western European customers, but also buyers from around the world. By combining a series of exclusive first-class technologies, quality materials and Dutch classics, the company guarantees its customers the maximum pleasure from the control and comfortable stay on board.